Billions of years ago, a massive meteor struck Earth somewhere around the Gulf of Mexico and embedded itself deep into the crust. As the Earth cooled, the meteor cracked, releasing various minerals and metals from our solar system and the Universe into the Earth’s magma. The magma carried the abundance of minerals and elements to what is now the top of North America, pushing itself up from below, to where Euphoralite was eventually discovered.

Euphoralite is a fairly new High Vibrational Stone unearthed only a few years ago by Gary Rowley within the Hills of South Dakota. This remarkable stone hosts a rich mineral concentration and is continued to be studied by Gary himself and a few dedicated practitioner and teacher here in the US. Thus far the range of minerals discovered is extraordinary. Scientific studies of over 20 variants of Euphoralite show an abundance of different elements and minerals both known (and therefore classified), and those unknown, coming from the Universe, but nevertheless present.

Research further shows that Euphoralite creates a much higher consistency of Negative Ions than any other healing crystals, which is due to the combination of elements. It is well-known that the presence of this high count of Negative Ions may lead to a state of Euphoria which can be described as the heightened experience of elation alongside feelings of well-being and happiness. The name Euphoralite came to Gary because of exactly that effect just described.

Holding or wearing a piece of Euphoralite, or a combination of two different types of Euphoralite, is instantly grounding. A Euphoralite is powerful enough to allow the mind to calm and journey a person to a deeper peaceful state of relaxation while being fully aware. Just as a visit to the Ocean or to the Niagara Falls (high counts of Negative Ions) can be healing, calming and balancing for the body/mind, Euphoralite offers just the same benefits and is already experimentally used by clinicians, nurses, health practitioners and others in the field of mental health/well-being.
World health institutes have proven that Negative Ions have very positive medical effects on the human body, since they have a good influence on:

The nervous system – Negative Ions reduce the stress on the body by lowering the level of serotonin 5-HT in the blood – a powerful versatile neurotic hormone which causes fatigue and depression
The respiratory system by lowering the levels of histamine in the blood, a culprit for many illnesses/symptoms
The thyroid gland, which allows for vitality and concentration
The presence of Negative Ions is credited for increasing psychological health, productivity, and overall well-being

Spiritually speaking Euphoralite allows for a reconnection of all levels of being/existence. Each of the over 20 different Euphoralite varieties will work on the whole Chakra System, with the potential to energetically reunite all aspects of ourselves. It is also an excellent multi-mineral for grounding, communication, vision, and for energy balance. For lack of a better description, coming home or coming back to oneself (or true self) is what Euphoralite is about. 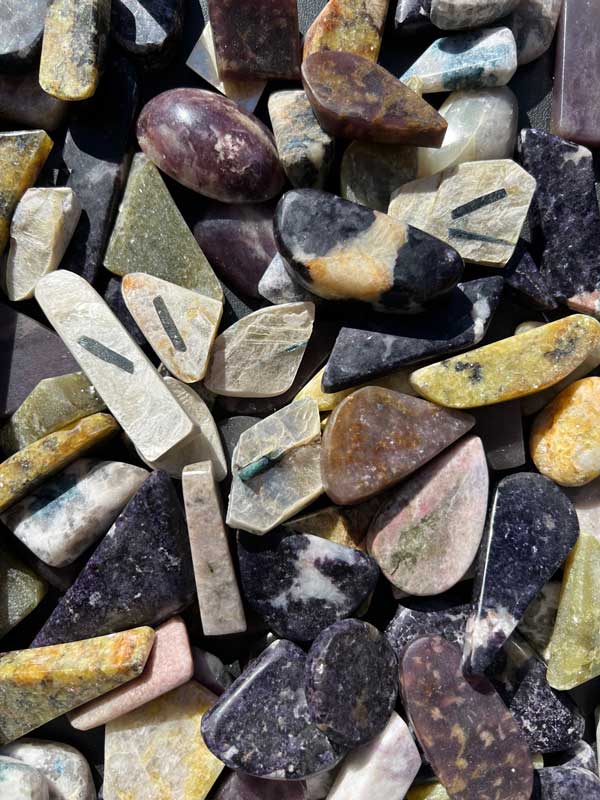